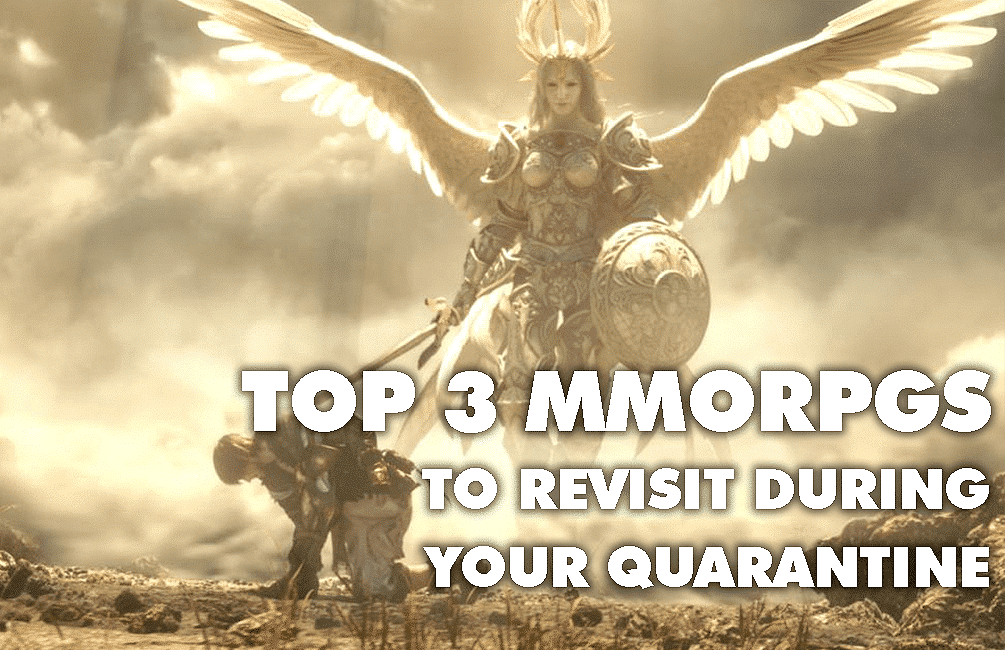 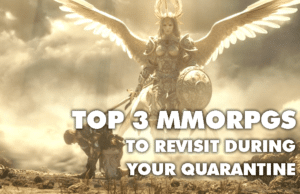 MMORPGs ( Massively Multiplayer Online Role-Playing Games) are usually games with a longer shelf life meaning that with care from developers they may remain popular for years to come.

During this COVID-19 outbreak, people really need to stay at home to avoid human contact. Some countries are in a forced quarantine state where people are required to stay at home, others are voluntarily self-quarantining.
One of the perfect ways to both keep you entertained and socialize, is by playing online games, especially MMORPGs.

Here is an article about some MMOs that you may have forgotten or never even considered but are still top picks in 2020. Whether you missed them or just forgotten I will be bringing you some MMOs that surpassed the test of time and are still the place to be if you enjoy online play.

Wurm is a little different from your run of the mill MMO. It is an experience that caters to players craving for the old-school feel on online games that takes the form of a first-person sandbox. The twist is that everything in the world is made by real users, and things decay in real-time meaning that just walking around makes for a great time as just the sight of old towns and massive castles crumbling makes for an immersive world even if unplanned. 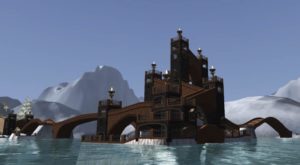 In Ultima’s style skills level up by usage and every activity, tool, even combat stance is its own category that you’ll need to level up with real impact on gameplay as everything makes use of skill level. To make this system shine items are crafted by components.

Want a pickaxe? You’ll need to prospect the lands to find iron-rich veins, mine it, smelt the ore, cut down a tree, chopping the tree, make a handle and bringing everything together. Want to fight? You will need to target body parts, managing distance, choosing how aggressive of a stance you will take… Does this make for a time sink? Yes, totally but just in the style of the old-timey online games this all makes for users to take up professions and depending on each other making for one of the best communities I’ve ever made part of (except the PVP islands but we don’t talk about those).

Whether you plan on joining a village or just solo it Wurm makes for a great time. 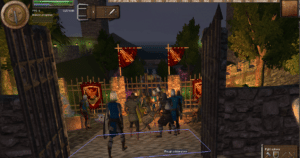 Right now there are two monetization options, you have Wurm Online with a subscription (with a Steam release soon) where you have a client with access to the official servers, and Wurm Unlimited (available on Steam) that counts on private servers and is a one time purchase with no subscription. Although private servers are perceived as less reliable generally there are great projects from established server owners that have great support and uptime rivaling the official ones.

So, let’s begin by addressing the elephant in the room, shall we?

The Final Fantasy’s take on MMO had a bumpy start, bumpy meaning an unplayable mess. But after a complete overhaul, FFXIV dusted itself off and made a real comeback. So, it is of no wonder that the question some people still make is: “Is FFXIV good now?” and the answer is a very emphatic yes! 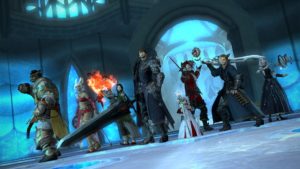 The World is great now, the current expansions add a lot of depth to the history and the army of new classes added means that you will find a class just right for your playstyle. Even inside the same role playstyles feel unique, two tank classes mays fill the same role, but the mechanics are unique enough to create different playstyles.

Even crafting was crafted (no pun intended) to avoid boredom as they went for an ability-based system. Making for once crafting fun. Player housing is awesome even if getting a house, to begin with, is somewhat of a struggle.

Worth trying out, even if the early game is not exactly the best part of the game.

Combat till level 20 is a tad slow making some people give up because of the 2-second global cooldown on skills feeling like turn-based combat sometimes but after 20 you do receive a ton more skills, some off the global cooldown making the combat a lot more dynamic. In the end, you can be ensured that you won’t have much time to breathe in a level 50 boss fight. Classes can be changed on the fly switching your equipment alone so you are golden on that. 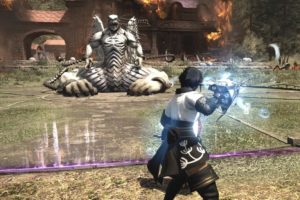 Along with Wurm, the community is awesome. And even though you may be shunned if you use your team’s combat limit break, people sure do understand shortcomings on new players and will help you get on track.

At any rate, the Golden Saucer will calm you down any animosity you can encounter, so do get some RandR frequently on the secondary activities to meet new people and just have a cool time. Life in FF is more than just a grind feast, some days you will just kick it with your Guild. 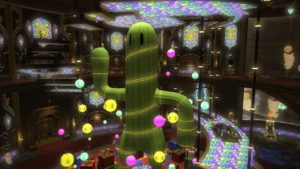 Because of the slog of content this game has, I do advise to see some tutorials first as there are some MMO tropes that don’t really apply, and you may end up frustrated. If you manage that, this game is a real gem to be discovered and if you are an MMO fan you will most likely find a home in FFXIV. Bonus point for the expansion coming out!

FFXIV requires a monthly subscription, and the most recent DLC must be purchased but older ones are included in the first purchase along with 1 month of sub time. There is a free trial too.

So, did any of these MMOs bring out the thirst for loot so far?

My recommendation to gaming aficionados is the Gaming Mystery Box on sale right now!

Although perhaps a bit misleading Black Desert is a bright and highly populated game.

It uses an exponential XP system so it does get a bit grindy but the hook on this one is making the grind as fun as possible and the team behind Black Desert sure pulled it off with an amazing and rewarding combat system, movement is fluid and combos work as they would in a real fighting game. The action style combat allows you to dispatch large waves of enemies with ease which is always satisfying. 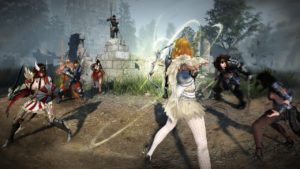 Classes are tailored to most combat styles so you will probably find something that sits just right with you. And when you get tired of sending entire armies to their doom you have a world of possibilities outside combat, from hunting and gardening to sailing and interior design activities are plenty so you are sure to never catch a break in Black Desert and then again why should you? The world is ever-changing with players dictated “turf-wars” and hourly global events so there is no time off. 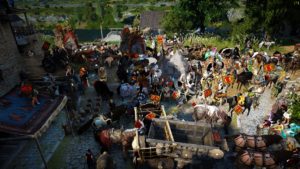 Black Desert Online does not have a subscription but it requires a one time purchase and it has an in-game shop with some (technically) optional quality of life options behind a paywall.

By the way, did you notice we’re having a sale on our famous Mystery Boxes? check them out here 😀 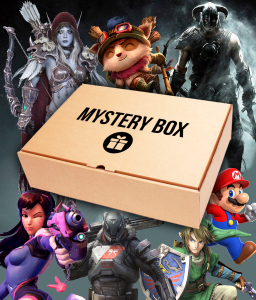